The All Star League was bowled at the Commodore Lanes in Vancouver and started in 1958 and ran for 25 years to 1983. The All Star League was a 3-player, 4-game total scratch pinfall league and was known as the league to play in during it’s time. Many of the best bowlers in the Lower Mainland came out every Friday Night to play against the best in the game.

Over the 25 year period, some of the most extensive bowler statistics were published every year and I have compiled some of them on this site. A 25 year Anniversary Issue was published by Ray Aney. 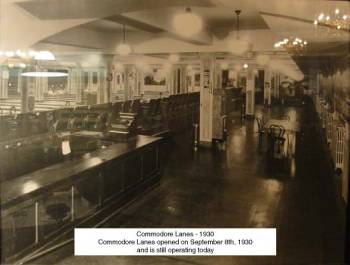 Commodore Lanes when it open on September 8th, 1930