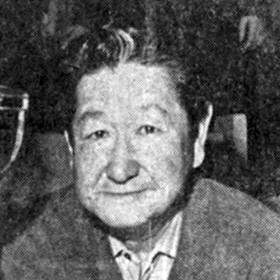 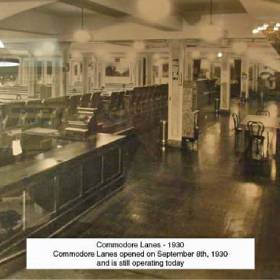 Mitz’s career in the game of 5-pin bowling began in 1927 when he was only 13 years old. He began as a pinboy handsetting pins at the Abbott Bowling Lanes in Vancouver during the summer holiday hours and worked for Frank Panvini. He liked the bowling business so much that he never went back to school. Mitz recalls the dangers of being a pinboy in the 20’s as they did not have real five pins. They used turned-down ten pins without any rubber bands on them. He would set 2 lanes at a time, being careful that an angry bowler did not deliberately try to hit him.

In the 20’s, there were no sanding machines to ensure that the lanes were level and smooth. Lane resurfacing was done by one man on his hands and knees handplaning and leveling the lanes. This tedious process could take several days before the lanes were ready to be shellaced.

In 1932 Mitz recalls a gentleman riding on horseback coming from the Pantages Theatre and tying up his horse to a telephone pole outside the lanes. This gentleman was Roy Rogers, and apparently not a bad bowler either. Mitz Nozaki and long time employee, Pearl Mckee, have rented shoes to Clark Gable, Jack Benny and Buster Crabb.
Pearl Mckee and Mitz Nozaki, retiring in 1990
During World War II, Mitz was interned to Blind Bay at the Shuswap Lakes in B.C.for seven years before returning to the Commodore Lanes and his passion for the game. 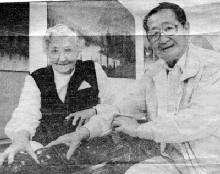 In 1962 Frank Panvini passed away and Mitz bought the Commodore Lanes and became one of the biggest influences to 5-pin bowling in Vancouver and B.C. In 1990 Mitz Nozaki retired from the game of 5-pin bowling at the age of 77 along with long time employee Pearl Mckee. During his ownership of the Commodore Lanes Mitz established a number of Vancouver’s strongest and most competitive 5-pin bowlers. the Commodore Lanes were always well maintained and some of the most incredible scores were posted during his ownership. (See stats for the 25 years of the Commodore All-Star League). The bowlers knew Mitz as an exceptional man and he had the ability to remember everyone’s name, even if he only met you once a year earlier. He was well liked and respected by all, making him one of the most successful proprietors during his time. Many of the “experienced” bowlers recall Mitz and how he was a major influence to game of 5-pin bowling.
For those of us who love the sport of 5-pin bowling, and maybe too young to remember the accomplishments of Mitz Nozaki… we thank you for your dedication and commitment to the game. Mitz Nozaki passed away in June 2004.